Earlier this week the elite fields for the London marathon 2020 were released and everyone immediately saw the duel we have been hoping for is now a reality. Ever since Kenenisa Bekele ran 2:01:41 in Berlin last September the world has hoped to see a match up between Eliud Kipchoge and Bekele. And we’ve not got what we hoped possibly earlier than expected in the London marathon 2020.

While Bekele was brilliant in Berlin and almost stole the world record, he has been inconsistent at the marathon in the past few years. Berlin was a major surprise to even Bekele’s biggest admirers. Most keen athletics followers believed his best was behind him. His 2:01:41 in Berlin was preceded by a 2:08:53 in London 2018. His previous best marathon was 2:03:03 in Berlin 2016, also agonisingly close to the then world record missing Dennis Kimetto’s previous mark by just six seconds. He has now rekindled the flame of what’s possible in his amazing career and London may be his best chance of unseating Kipchoge in the marathon.

On the other side of the equation is Eliud Kipchoge. Without doubt the greatest marathoner of all time, his consistency at the marathon is remarkable. His progression over the years looks like this;

It’s a special set of numbers from a very special marathon career. All of these are race wins and on the biggest stage we have in the marathon majors. And we haven’t yet mentioned the Sub 2 hour marathon from Vienna 2019.

So can Bekele challenge Kipchoge in London? On his day he certainly can. He has spoken of his desire to claim the marathon world record before he hangs up his race singlet for the last time. But he will have to have a day like he did in Berlin because Kipchoge just doesn’t produce a bad race. Bekele will be just shy of his 38th birthday when London is run, the clock is ticking and it is not on his side to break this world record. It’s probably got to be London or Berlin 2020.

Just how much confidence and belief did Kipchoge get from the sub 2 hour marathon in Vienna. While the conditions, course and strategic drafting won’t allow a 2 hour attempt just how fast does Kipchoge believe he can go after that event. Whether he believes he can lower his world record in London we can only imagine but great runs build belief and his anything is possible attitude, no human is limited mantra may just propel him to even more greatness in London or beyond.

One of the other factors possibly in Bekele’s favour is the make up of the rest of the elite field. Of the other top contenders the next three on personal best times are Ethiopian Mosinet Geremew, Mule Wasihun and Tamirat Tola have all run well under 2:05 with Marius Kipserem the only other Kenyan in the race to do so. With pacemakers allowed in London this may or may not be a factor but makes for further interest. All of these athletes will be aiming for the win themselves, Geremew was only 18 seconds behind Kipchoge last year so an obvious chance to challenge. We are selling these athletes short by only predicting a Kipchoge v Bekele match race. It’s certainly not just a two man race, but with the quality of Ethiopian in the race this may help Bekele.

It’s a big call but if Bekele is able to repeat his form from Berlin or produce an even better run he has a chance at beating Kipchoge. We haven’t been able to say there is a genuine chance to beat Kipchoge for a long time. Bekele’s presence at the top of his game means the three time Olympic champion has put himself in with a real chance.

With both men approaching the twilight of their careers there won’t be too many duels left between the two. Most expect Kipchoge to attempt to defend his olympic marathon title in Tokyo while Bekele has hinted at chasing the world record which would likely mean another tilt at Berlin. This could be the final time we see Kipchoge v Bekele.

Regardless for who wins Sunday 26th April 2020 on the streets of the city of London promises to be a race for the ages. Two all time greats of our sport line up for what could be each their finest moment. 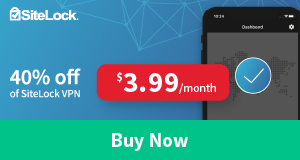 Running Without a Race

Four steps to Build a Habit of Running

This site uses Akismet to reduce spam. Learn how your comment data is processed.

You may have missed

Running Without a Race

Four steps to Build a Habit of Running

Running to Suppress the Ego